A Friend of the Earth 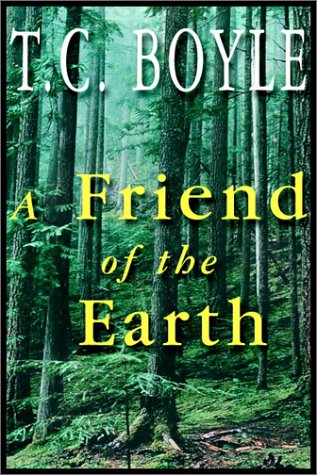 Set partially in the 1980s and 90s and partially in the year 2025, T.C. Boyle's gripping new novel offers a provocative vision of the near future. Boyle tells the story of Tyrone Tierwater, a manager of a suburban shopping center in Peterskill, New York, whose life is completely turned upside down when, late in the 1980s, he meets and then marries Andrea Knowles, a prominent environmental activist. The couple moves to California with Sierra, Ty's daughter from a pervious marriage, and Ty takes up the life of the environmental agitator himself, until he lands in serious trouble with the law. The novel flashes back and forth between this period and the year 2025, which finds the now 75-year old Tyrone seeking out a living in Southern California as the manager of a popstar's private animal menagerie — holding some of the last surviving animals in that part of the world, for by then the rhinos and elephants are extinct and global warming has led to unremitting meteorological cataclsyms. Boyle dovetails these two stories together, examining the ups and downs of Ty's life as a monkeywrencher, the saga of his daughter Sierra who trees its for three years, and revealing what happens to Tyrone in 2025 when Andrea, who had divorced him, comes back into his life.

When the Killing's Done

The Best American Short Stories® 2015 [An anthology of stories]

Комментарии к книге "A Friend of the Earth"