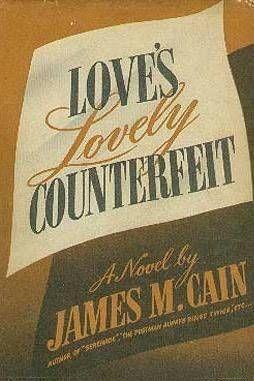 It’s the story of Ben Grace, a small-time chiseler in the rackets – not crooked, not straight, just in between – who, full of grievances, makes the most of his inside information as Sol Caspar’s chauffeur to aid and abet the opposing party’s upcoming mayoral election campaign. His ally (and soon-to-be lover) in the enemy camp is a very good-looking girl named June Lyons, who is also very dedicated to justice.

It sounds predictable, but it Cain’s hands, it’s anything but. It may seem strange to say, but works of fiction are usually less complicated than the real world, as who would believe the twists and turns that real life can have? But when you think the story’s going one way, Cain heads it off in another. Or, perhaps, he lets it go off in another, on its own, as if he set the characters up, and then he let them find their own destiny, their own fate. Which, of course, they do.