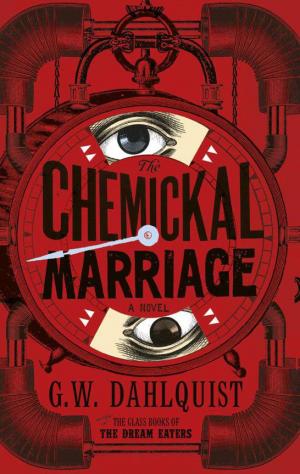 The final installment of Dahlquist's fantastical adventure series, following on from The Glass Book of Dream Eaters and The Dark Volume.
Miss Temple, young, wealthy and far away from home, never wanted to be a heroine. Yet her fiancé is dead (admittedly, by her own hand), her companions slain and her nemesis, the terrifyingly wicked Contessa Lacquer-Sforza, escaped. It falls on her tiny shoulders to destroy a deadly cabal whose alchemy threatens to enslave the world. Miss Temple plots her revenge.
But Dr Svenson and Cardinal Chang are alive, barely - their bodies corrupted by the poisonous blue glass. Wounded and outnumbered, Miss Temple, Dr Svenson and Cardinal Chang pursue their enemies through city slums and glittering palaces as they fight to prevent the cabal's crushing dominion and unholy marriage between man and machine.
An assassin, an heiress and a surgeon against the world's most unholy evil - the stage is set for a final battle. . . in an adventure like no other.