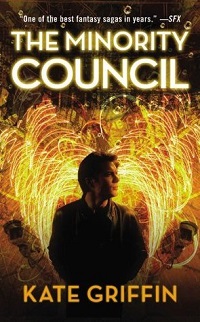 Matthew Swift, sorcerer, Midnight Mayor, is in charge. Or so he'd like to think. And London, being London, is having its issues. Drug use is rampant. Teenage vandalism is driving away business. Violent crimes are on the rise. Once upon a time, Matthew Swift wouldn't have given a toss. Now it's his mess to clean up.

Especially when the new drug on the market is fairy dust and the production process involves turning humans into walking drug labs. And when the teenage vandals are being hunted by a mystical creature. And when the petty criminals of London start dying by magical means.

It becomes clear that not only is this Swift's mess to clean up, but someone is trying to tell him how to do his job. Now he has to sort out who's behind the crime wave and who's interfering in his business. Swift has a lot of old enemies and few friends. If he's going to save London from a rising tide of blood -- he's going to have to learn his lessons and fast.