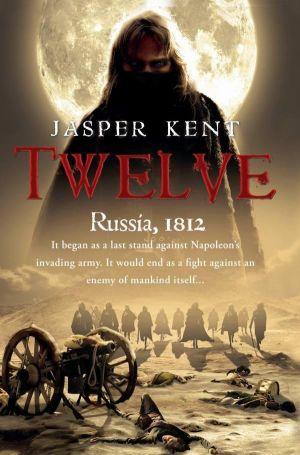 Zmyeevich had remained standing and now began to speak in very precise, but very formal and strangely accented French. His voice had a darkness to it that seemed to emit not from his throat but from deep in his torso. Somewhere inside him it was as if giant millstones were turning against one another, or as though the lid were being slowly dragged aside to open a stone sarcophagus…On 12th June 1812, Napoleon's massive grande armee forded the River Niemen and so crossed the Rubicon – its invasion of Russia had begun. In the face of superior numbers and tactics, the imperial Russian army began its retreat. But a handful of Russian officers – veterans of Borodino – are charged with trying to slow the enemy's inexorable march on Moscow. Indeed, one of their number has already set the wheels of resistance in motion, having summoned the help of a band of mercenaries from the outermost fringes of Christian Europe.Comparing them to the once-feared Russian secret police – the Oprichniki – the name sticks. As rumours of plague travelling west from the Black Sea reach the Russians, the Oprichniki – but twelve in number – arrive.Preferring to work alone, and at night, the twelve prove brutally, shockingly effective against the French. But one amongst the Russians, Aleksei Ivanovich Danilov, is unnerved by the Oprichniki's ruthlessness…as he comes to understand the true, horrific nature of these strangers, he wonders at the nightmare they've unleashed in their midst…Full of authentic historical detail and heart-stopping supernatural moments, and boasting a page-turning narrative, "Twelve" is storytelling at its most original and exciting.