When the Women Come Out to Dance: Stories 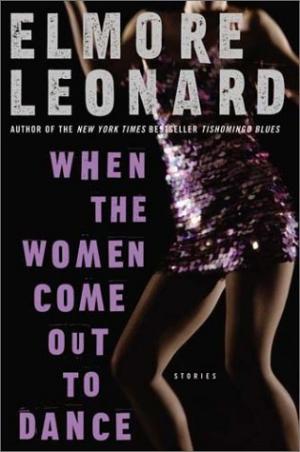 Elmore Leonard, a literary icon praised by The New York Times Book Review as "the greatest crime writer of our time, perhaps ever," has captured the imagination of millions of readers with his more than three dozen books.
In this short fiction collection, Leonard demonstrates the superb characterizations, dead-on dialogue, vivid atmosphere, and driving plots that have made him a household name - and once again illustrates that the line between the law and the lawbreakers is not as firm as we might think.
Federal marshal Karen Sisco, from the bestselling novel "Out of Sight", returns in "Karen Makes Out," once again inadvertently mixing pleasure with business. In "Fire in the Hole," Raylan Givens, last seen in "Riding the Rap" and "Pronto", meets up with an old friend, but they're now on different sides of the law. In the title story, "When the Women Come Out to Dance," Mrs. Mahmood gets more than she bargains for when she conspires with her maid to end her unhappy marriage.
All nine stories are Elmore Leonard at his vivid, hilarious, and unfailingly human best.

Dark End Of The Street

Eye of the Cricket

Комментарии к книге "When the Women Come Out to Dance: Stories"