Stories From the Quiet War 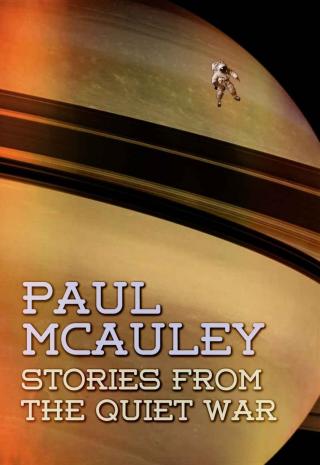 A collection of five stories, including a previously unpublished novella, set in the universe of the author's novels The Quiet War and Gardens of the Sun. Only available as an e-publication.

After the end of the Quiet War, the victorious forces from Earth have taken control of the cities and settlements of the moons of Saturn and Jupiter. In 'Making History' and 'Karyl's War', the victors and the defeated discover that defining the end of the war isn't easy. In 'Incomers', a young visitor from Earth learns of an unexpected reconciliation. In 'Second Skin', a spy attempting to kidnap a valuable gene wizard discovers that he isn't quite what he thought he was. And in 'Reef', the discovery of a fast-evolving ecosystem of vacuum organisms in a planetoid in the Kuiper Belt has far-reaching implications for the spread of life throughout the Solar System.

Gardens of the sun

In the Mouth of the Whale