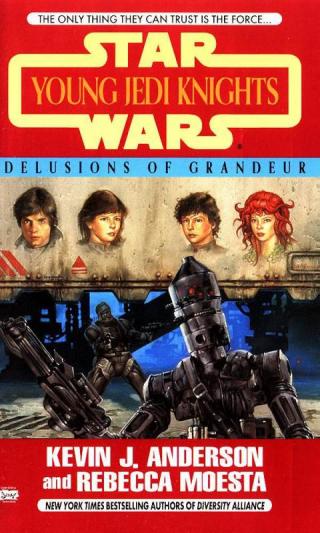 JACEN and JAINA
When the Empire died, they were born—a new hope for the New Republic. The young twins of Han Solo and Princess Leia have taken their first steps as Jedi Knights, defeating the evil minions of the Shadow Academy. Now, with their friends Tenel Ka and Lowbacca the Wookiee, the future heroes of an already legendary saga continue their training.
As the search for Raynar Thul’s father continues, the young Jedi Knights turn for help to a most unusual— and dangerous—source: the reprogrammed assassin droid IG-88. They think they can keep him under control. But can one of the most feared bounty hunters in the galaxy be trusted?

The Future We Wish We Had [anthology]