The Girl Who Played Go 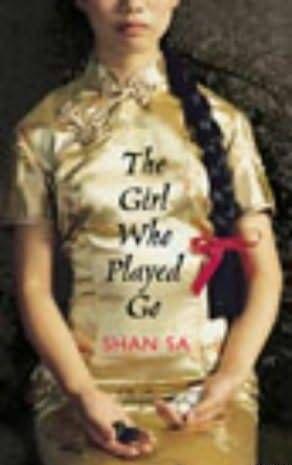 “Explosive… Poignant and shattering… While [the] climax is inevitable and the stories lead directly toward it, a reader is still shocked and horrified when it occurs.” -The Boston Globe

“Shan Sa creates a sense of foreboding that binds the parallel tales of her protagonists. Her measured prose amplifies the isolation amid turmoil that each character seems to inhabit.” – San Francisco Chronicle

“Compelling… Emotionally charged chapters evoke the stop-and-start rhythms of adolescence… Sa handles the intersection of the personal and the political quite deftly.” – The Washington Post Book World

“What makes Sa’s novel so satisfying is the deceptive simplicity of her narrative strategy.” – San Jose Mercury News

“An awesome read… Shan Sa describes the story so well that you almost forget you’ve never visited the places in her book… This book is truly for every reader.” -The Decatur Daily

“Entrancing… [With] an ending that you won’t predict.” – Austin American-Statesman

“It has the sweep of war and the intimacy of a love story… Shan Sa is a phenomenon.” – The Observer (London)

“Spellbinding… Sa’s language is graceful and trancelike: her fights are a whirling choreography of flying limbs and snow, her emotions richly yet precisely expressed.” – The Times (London)

“One is struck by the economy of the tale, its speed, and the brutality of its calculations. There is never an excess word or a superfluous phrase: each paragraph counts… Fine literary work.” – Le Figaro Magazine (France)

“Gripping… A wrenching love story… [The protagonists’] shared sense of immediacy and the transience of life is what in the final analysis makes this novel so strong, so intelligent, so moving… You’ll have to look far and wide to find a better new novel on an East Asian subject than this finely crafted story, satisfying as it is on so many different levels.” – The Taipei Times

In a remote Manchurian town in the 1930s, a sixteen-year-old girl is more concerned with intimations of her own womanhood than the escalating hostilities between her countrymen and their Japanese occupiers. While still a schoolgirl in braids, she takes her first lover, a dissident student. The more she understands of adult life, however, the more disdainful she is of its deceptions, and the more she loses herself in her one true passion: the ancient game of go.

Incredibly for a teenager-and a girl at that-she dominates the games in her town. No opponent interests her until she is challenged by a stranger, who reveals himself to us as a Japanese soldier in disguise. They begin a game and continue it for days, rarely speaking but deeply moved by each other's strategies. As the clash of their peoples becomes ever more desperate and inescapable, and as each one's untold life begins to veer wildly off course, the girl and the soldier are absorbed by only one thing-the progress of their game, each move of which brings them closer to their shocking fate.

In The Girl Who Played Go, Shan Sa has distilled the piercing emotions of adolescence into an engrossing, austerely beautiful story of love, cruelty and loss of innocence.