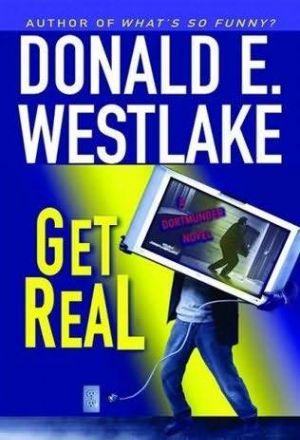 In Donald E. Westlake's classic caper novels, the bad get better, the good slide a bit, and Lord help anyone caught between a thief named John Dortmunder and the current object of his attention.

However, being caught red-handed is inevitable in Dortmunder's next production, when a TV producer convinces this thief and his merry gang to do a reality show that captures their next score. The producer guarantees to find a way to keep the show from being used in evidence against them. They're dubious, but the pay is good, so they take him up on his offer.

A mock-up of the OJ bar is built in a warehouse down on Varick Street. The ground floor of that building is a big open space jumbled with vehicles used in TV world, everything from a news truck and a fire engine to a hansom cab (without the horse).

As the gang plans their next move with the cameras rolling, Dortmunder and Kelp sneak onto the roof of their new studio to organize a private enterprise. It will take an ingenious plan to outwit viewers glued to their television sets, but Dortmunder is nothing if not persistent, and he's determined to end this shoot with money in his pockets.

The Road To Ruin

What's The Worst That Could Happen?