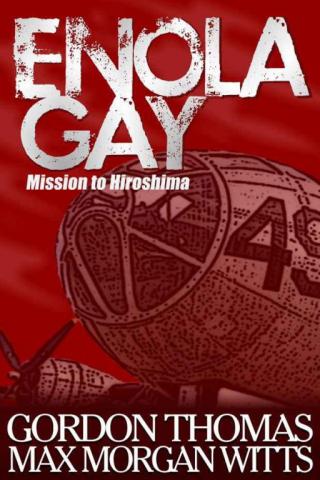 The most important event of World War Two. The bombing of Hiroshima is told for the first time from first-hand sources. Myth and reality are finally separated from the planning of the mission to that moment over Hiroshima when the atomic age was born.
From Library Journal

This is a reissue of Enola Gay (LJ 7/77) with 45,000 additional words and some changes in the original text. It gives an excruciatingly detailed account of the atomic bombing of Hiroshima, concentrating on the Army Air Force but including much material on the decision-making process, the Japanese actions, and many diplomatic moves. Although the first edition was criticized by reviewers as having more detail than insight, the additional 60+ pages improve the virtually minute-by-minute coverage of the critical periods, particularly on Tinian and during the flight itself. This is certainly worth buying for libraries lacking the earlier edition and recommended even for those that own it.
- Edwin B. Burgess, U.S. Army TRA LINET Ctr., Fort Monroe, Va.
Copyright 1990 Reed Business Information, In