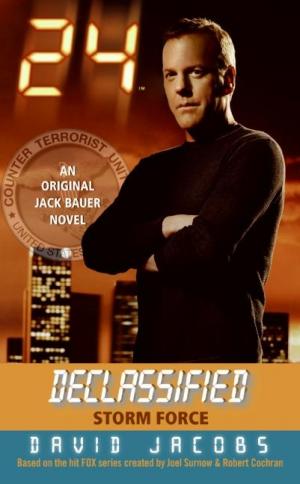 Still reeling but rebuilding after Katrina's fury, New Orleans braces for another major hurricane heading her way. But a far greater threat is looming on the horizon — a manmade terror storm that will dwarf the destructive force of anything Mother Nature could have devised.
Following a tip, agent Jack Bauer has come to the Big Easy — and watches helplessly as two prime players representing America's most dangerous Latin American adversaries fall in a surprising hail of gunfire. With winds rapidly approaching gale force, the rogue CTU operative must now follow the blood trail to a completely unexpected source. Because in less than 24 hours, a ruthless enemy hiding among "friends" plans to take out the already damaged Crescent City — and deliver a staggering blow from which the U.S. "Satan" may never recover.