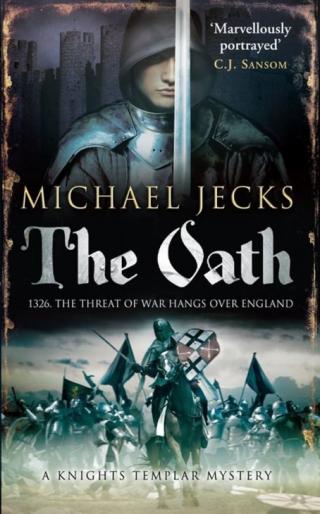 1326. In an England riven with conflict, knight and peasant alike find their lives turned upside down by the warring factions of Edward II, with his hated favourite, Hugh le Despenser, and Edward's estranged queen Isabella and her lover, Sir Roger Mortimer. Yet even in such times the brutal slaughter of an entire family, right down to a babe in arms, still has the power to shock. Three further murders follow, and bailiff Simon Puttock is drawn into a web of intrigue, vengeance, power and greed as Roger Mortimer charges him to investigate the killings. Michael Jecks brilliantly evokes the turmoil of fourteenth-century England, as his well-loved characters Simon Puttock and Sir Baldwin de Furnshill strive to maintain the principles of loyalty and truth.

The Bones of Avalon