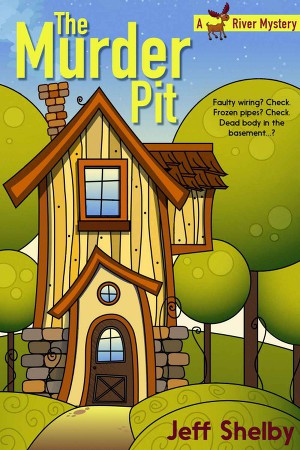 Daisy Savage finally has everything she wants. A new husband. A bunch of kids. A charming old house.

What she doesn't want is a dead body.

When a frozen pipe in the basement of her century-old home leads her and her husband downstairs into a newly discovered crawl space, they find a coal chute they didn't know they had. And a corpse inside of it.

Things become complicated when Daisy realizes she knew the victim. And things get even worse when it becomes increasingly clear that the body was placed there to make Daisy look like the killer.

Against her husband's advice and her own common sense, Daisy makes it her mission to prove to the denizens of Moose River that she is innocent. But doing so may be more dangerous than she planned.