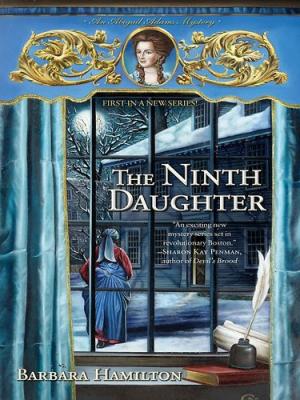 From Publishers Weekly
At the start of Hamilton's exceptional debut, set in Boston in 1773, Abigail Adams stumbles on an unknown woman's bloody corpse while paying a call on her friend and fellow patriot, Rebecca Malvern, who later goes missing. When it looks as if Abigail's irascible husband, John, may be accused of the murder, she sets out to clear his name. The trail takes her through the streets of colonial Boston and into the surrounding towns. Meanwhile, political unrest and opposition to the English crown grows. Working with both the Sons of Liberty and loyalists, Abigail bridges the gap between them as she investigates the murder and searches for Rebecca. While bringing to life such historical figures as Sam Adams and Paul Revere, Hamilton transports the reader to another time and place with close attention to matters like dress, menus and the monumental task of doing laundry. Historical fans will eagerly look forward to the next in this promising series.

Sup With the Devil

Sup With the Devil