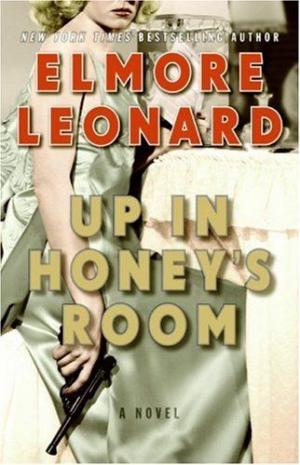 The odd thing about Walter Schoen, German born but now running a butcher shop in Detroit, he's a dead ringer for Heinrich Himmler, head of the SS and the Gestapo. They even share the same birthday.
Honey Deal, Walter's American wife, doesn't know that Walter is a member of a spy ring that sends U.S. war production data to Germany and gives shelter to escaped German prisoners of war. But she's tired of telling him jokes he doesn't understand—it's time to get a divorce.
Along comes Carl Webster, the hot kid of the Marshals Service. He's looking for Jurgen Schrenk, a former Afrika Korps officer who escaped from a POW camp in Oklahoma. Carl's pretty sure Walter's involved with keeping Schrenk hidden, so Carl gets to know Honey, hoping she'll take him to Walter. Carl then meets Vera Mezwa, the nifty Ukrainian head of the spy ring who's better looking than Mata Hari, and her tricky lover Bohdan with the Buster Brown haircut and a sly way of killing.
Honey's a free spirit; she likes the hot kid marshal and doesn't much care that he's married. But all Carl wants is to get Jurgen Schrenk without getting shot. And then there's Otto—the Waffen-SS major who runs away with a nice Jewish girl. It's Elmore Leonard's world—gritty, funny, and full of surprises.

Comfort to the Enemy