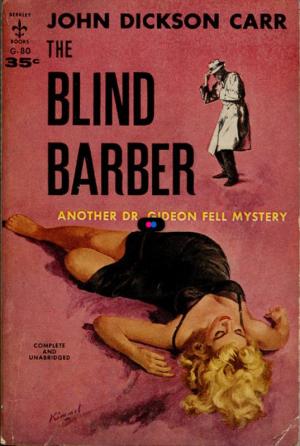 The bunk’s mattress was soaked wit blood.
The old-fashioned razor was folded shut.
But it had been recently used. It was smeared with blood.
A voice broke the terrible stillness in the stateroom: “The Blind Barber Has Been Here Tonight!”
On an Atlantic crossing of the good ship Queen Victoria, a vicious killer is loose, and four high-living characters are hellbent to pin him down. Dr. Gideon Fell soon finds himself up to his chins in misadventure as he wades into a comedy of terrors that boasts a reel of compromising film, an emerald elephant, and a lethal razor for props, murder as the evils deed, and unmitigated mayhem as the comedy relief.

Till Death Do Us Part

Night at the Vulcan