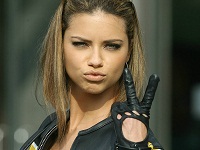 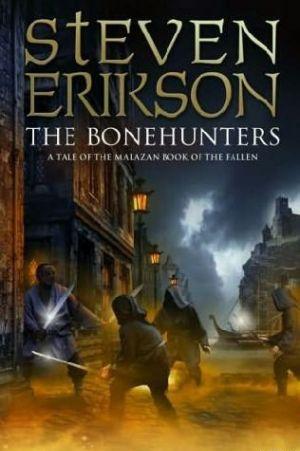 The sixth volume in Steven Erikson's truly epic fantasy sequence, The Malazan Book of the Fallen.

There's nothing like sweeping up tag-ends to change the world. The Seven Cities Rebellion has been crushed. Sha'ik slain by Tavore, the Malazan forces pacifying city after city on the troubled subcontinent, and one last rebel army, under the reluctant, embittered command of Leoman of the Flails, is pursued to the ancient and infamous city of Y'Ghatan by Tavore and the Fourteenth Army. Dogged by self-doubt and ill omens, the 14th must lay siege to the city, and Adjunct Tavore must seek to outwit Leoman of the Flails, the deadliest foe she has ever faced.

Into this fraught scenario come both new and familiar characters. Among the latter, Heboric Ghost Hands, journeying to redress an old wrong. Apsalar, haunted by possession and now the principal agent of Cotillion, Patron of Assassins, marking a trail with blood and dripping daggers. Cutter, the killer who had once been a thief in Darujhistan, fleeing a shattered heart. Karsa Orlong, a warrior hunting his destiny. And two old friends, traveling companions, Mappo and Icarium, wandering once more the ravaged wastelands, Icarium seeking the ancient truths of his own life, Mappo seeking to keep those truths from him, at all costs.

Jedi Apprentice 18: The Threat Within