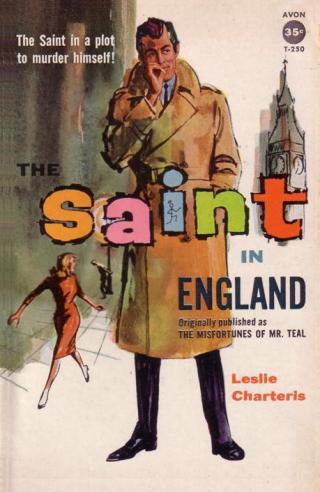 Three more stories of Saintly adventure show Simon Templar interpreting the law to his own advantage. In The Simon Templar Foundation, a poisonous legacy from his enemy Rayt Marius gives him the opportunity to make a great deal of money — if he can survive equally great danger. The Higher Finance puts him up against the police, a reclusive millionaire, and the wild beast that roams his mansion at night. And in The Art of Alibi, he faces the most impudent opponent of all: someone who is stealing his symbol, and committing crimes in his name.

The Saint in New York

The Saint and the Happy Highwayman

Thanks to the Saint

The Saint on TV

The Saint And The Fiction Makers

The Saint in London (The Misfortunes of Mr Teal)

The Saint Goes On

Lead With Your Left