Red Wings over the Yalu: China, the Soviet Union, and the Air War in Korea 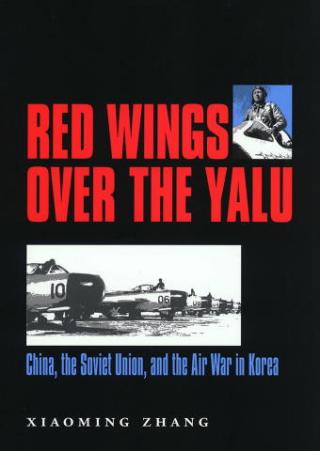 The Korean conflict was a pivotal event in China's modern military history. The fighting in Korea constituted an important experience for the newly formed People's Liberation Army Air Force (PLAAF), not only as a test case for this fledgling service but also in the later development of Chinese air power.

Xiaoming Zhang fills the gaps in the history of this conflict by basing his research in recently declassified Chinese and Russian archival materials. He also relies on interviews with Chinese participants in the air war over Korea. Zhang’s findings challenge conventional wisdom as he compares kill ratios and performance by all sides involved in the war.

Zhang also addresses the broader issues of the Korean War, such as how air power affected Beijing's decision to intervene. He touches on ground operations and truce negotiations during the conflict. Chinese leaders placed great emphasis on the supremacy of human will over modern weaponry, but they were far from oblivious to the advantages of the latter and to China's technological limitations.

Developments in China's own air power were critical during this era. Zhang offers considerable materials on the training of Chinese aviators and the Soviet role in that training, on Soviet and Chinese air operations in Korea, and on diplomatic exchanges over Soviet military assistance to China. He probes the impact of the war on China's conception of the role of air power, arguing that it was not until the Gulf War of the early 1990s that Chinese leaders engaged in a broad reassessment of the strategy they adopted during the Korean War.

Military historians and scholars interested in aviation and foreign affairs will find this volume of special interest. As a unique work that presents the Chinese point of view, it stands as both a complement and a corrective to previous accounts of the conflict.

Комментарии к книге "Red Wings over the Yalu: China, the Soviet Union, and the Air War in Korea"