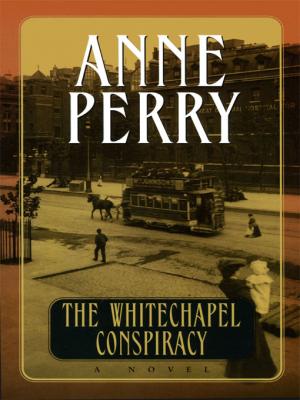 It is spring, 1892. Queen Victoria persists in her life of self-absorbed seclusion. The Prince of Wales outrages decent people with his mistresses and profligate ways. The grisly killings of Whitechapel prostitutes by a man dubbed Jack the Ripper remain a frightening enigma. And in a packed Old Bailey courtroom, distinguished soldier John Adinett is sentenced to hang for the inexplicable murder of his friend, Martin Fetters.
Though Thomas Pitt should receive praise for providing key testimony in the Fetters investigation, Adinett’s powerful friends of the secretive Inner Circle make sure he is vilified instead. Thus Pitt is suddenly relieved of his Bow Street command and reassigned to the clandestine Special Branch in the dangerous East End. There he must investigate alleged anarchist plots, working undercover and living, far from his family, in Whitechapel, one of the area’s worst slums. His allies are few-among them clever Charlotte and intrepid Gracie, the maid who knows the neighborhood and can maneuver it without raising eyebrows. But neither of them anticipates the horrors soon to be revealed.
The Whitechapel Conspiracy resonates from the degraded depths of the East End to the seats of the mighty. Anne Perry weaves history into a rich and seamless tapestry of suspense.

Blood on the Water