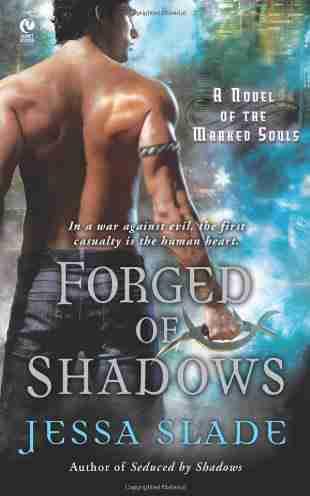 THE WAR BETWEEN GOOD AND EVIL HAS BALED FOR MILLENNIA, WITH THE MARKED SOULS CAUGHT IN THE MIDDLE. BUT THE NEW GIRL DOESN'T PLAY BY THE OLD RULES.
Liam Niall never meant to be a leader. Having barely survived the Irish potato famine, he escaped to Chicago, where he lost half his soul and gained a wayward band of demon-possessed warriors. Now, as they face a morphing evil, Liam grows weary and plagued by doubt --- until a new weapon falls into his hands. Her name is Jilly Chan. To save her demon-ridden soul, Liam must win her for his battle ... and his bed.
Waging a one-woman war against threats to the street kids she mentors, Jilly won't be any man's woman or weapon. But Liam --- with his hard eyes, soft brogue, and compelling hands --- is a danger to both her rebellious independence and her heart.
Two halved souls sharing one fierce passion will sear a fresh scar across the city. Who's in danger now?

Wrong Side of Dead