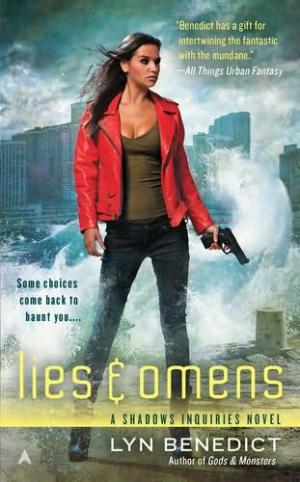 Sylvie Lightner is a P.I. specializing in the unusual — in a world where magic is real, and Hell is just around the corner.
After escaping secret government cells and destroying a Miami landmark, Sylvie's trying to lay low — something that gets easier when a magical force starts taking out her enemies. But these magical attacks are a risk to bystanders, and Sylvie can't let that slide.
When the war between the government and the magical world threatens the three people closest to her — her assistant, her sister, and her lover — Sylvie has no choice but to get involved with hidden powers bent on shaping the world to their liking. Now, with death and disaster on the horizon, even if Sylvie wins, things will never be the same...