The Last Cop Out 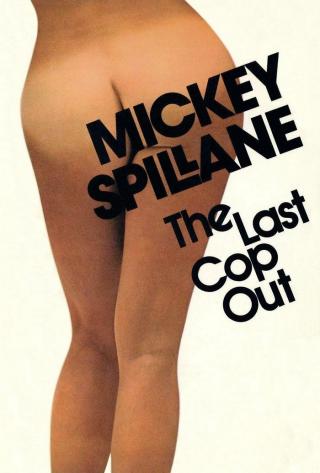 ...the sub-chieftain of East Side prostitution died on silken sheets in a high rise apartment building whose door he thought was absolutely pick-proof. Nobody heard a shot. Nobody saw an intruder... With that, Spillane’s high-octane prose zeroes in on the no-holds-barred story of Gillian Burke, The Gill, an ex-cop who loves hard and hates hard. Mainly he hates the syndicate. Ever since the syndicate maneuvered him off the force, he’s made it his business to know what the syndicate was up to. When some of the syndicate’s most important operators are put out of business, violently and permanently, by a mysterious assassin, Gill is persuaded to put his badge back on and see if he can find the killer before any innocent people get hurt. His investigation has hardly begun when he becomes involved, in unforeseen dangerous ways, with a ruby-lipped cop’s daughter in the pay of a syndicate higher-up and with Helga, a luscious Swedish blonde. The scenes of passion have a vivid frankness unheard-of in previous Spillane mysteries. Explosive sex and top-notch suspense guarantee to keep the reader gasping till the satisfying and surprising end.