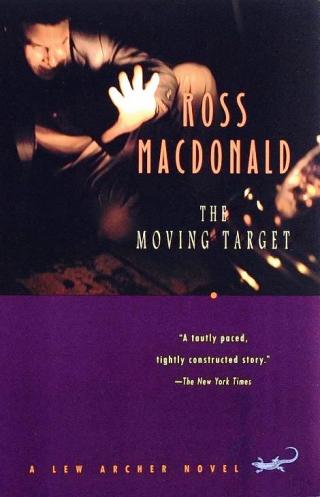 Lew Archer #1
The first book in Ross Macdonald’s acclaimed Lew Archer series introduces the detective who redefined the role of the American private eye and gave the crime novel a psychological depth and moral complexity only hinted at before.
Like many Southern California millionaires, Ralph Sampson keeps odd company. There’s the sun-worshipping holy man whom Sampson once gave his very own mountain; the fading actress with sidelines in astrology and S&M. Now one of Sampson’s friends may have arranged his kidnapping.
As Lew Archer follows the clues from the canyon sanctuaries of the megarich to jazz joints where you get beaten up between sets, The Moving Target blends sex, greed, and family hatred into an explosively readable crime novel.