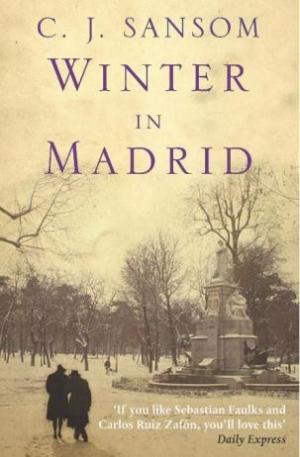 A compelling thriller and love story set in post-civil War Spain
Fans of Carlos Ruiz Zafon's The Shadow of the Wind and Sebastian Faulks's Birdsong will fall in love with Winter in Madrid, the arresting new novel from C. J. Sansom. In September 1940, the Spanish Civil War is over and Madrid lies in ruins while the Germans continue their march through Europe. Britain stands alone as General Franco considers whether to abandon neutrality and enter the war.
Into this uncertain world comes Harry Brett, a privileged young man who was recently traumatized by his experience in Dunkirk and is now a reluctant spy for the British Secret Service. Sent to gain the confidence of Sandy Forsyth, an old school friend turned shadowy Madrid businessman, Brett finds himself involved in a dangerous game—and surrounded by memories.
Meanwhile, Sandy's girlfriend, ex-Red Cross nurse Barbara Clare, is engaged in a secret mission of her own—to find her former lover Bernie Piper, whose passion for the Communist cause led him into the International Brigades and who vanished on the bloody battlefields of the Jarama.
In a vivid and haunting depiction of wartime Spain, Winter in Madrid is an intimate and riveting tale that offers a remarkable sense of history unfolding and the profound impact of impossible choices.

Fear of the Dark