The Decline of Eastern Christianity Under Islam: From Jihad to Dhimmitude: Seventh-Twentieth Century 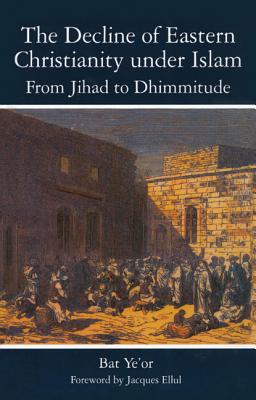 In this study, Bat Ye’or gives an analysis of the dogma and strategies of jihad, offering a vast panorama of the history of the Jews and Christians under the rule of Islam. A pioneer in a virgin field of research for which she has coined the term “dhimmitude,” the author has included a documentary section illuminating the process of Eastern Christianity’s Islamization. In two waves of Islamic expansion, the Christian and Jewish populations of the Mediterranean regions and Mesopotamia, who had developed the most prestigious civilizations, were conquered by jihad. Millions of Christians from Spain, Egypt, Syria, Greece, and Armenia; Latins and Slavs from southern and central Europe; as well as Jews, were henceforth governed by the shari’a (Islamic law). A knowledge of this historical background is essential in order to understand contemporary events.

Europe, Globalization, and the Coming of the Universal Caliphate

Комментарии к книге "The Decline of Eastern Christianity Under Islam: From Jihad to Dhimmitude: Seventh-Twentieth Century"