Ido for All - English course for learning Ido 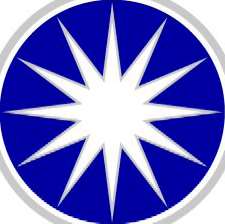 Ido (pronounced "ee-doh") is a constructed language created with the goal of becoming a universal second lan­guage for speakers of different linguistic backgrounds as a language easier to learn than ethnic languages. Unlike English, which is a natural and frequently irregular language, Ido was specifically designed for grammatical, orthographic and lexicographical regularity and to favor no one who might otherwise be advantaged in a situa­tion due to native fluency in a widespread language. In this sense, Ido is classified as a consciously created international auxiliary language. At present, Ido is one of the three auxiliary languages with a large body of literature and a relatively large speaker base, along with Esperanto and Interlingua.
Ido is largely based on Esperanto and first appeared in 1907 as a result of a desire to reform perceived flaws in Esperanto that some of its supporters believed to be a hindrance in its propagation as an easy-to-learn second language. The name of the language traces its origin to the Esperanto/Ido word "ido", meaning "offspring", since the language was a "descendant" of Esperanto.
Ido uses the 26 Latin letters of the English alphabet, with no diacritics. It resembles the Romance languages in appearance and sometimes is mistaken for Italian or Spanish at first glance. Its vocabulary is based on those of the major European languages and therefore indirectly on Latin. A number of prefixes and suffixes alter the meaning of words and then give the possibility to create obvious neologisms. Ido is largely intelligible to those who have studied Esperanto, though there are certain differences in word formation, grammar and grammatical-function words that make it more than a simple reform project.
Books in and about Ido have been published in many countries but yet few people know about it. The purpose of this document is to show the great simplicity and practicality of this auxiliary language. Since Ido is much easier than any of the national languages spoken in Europe, much less time and effort is needed if two people both learn Ido than if either learns the other's mother tongue.
If at the end of this course you feel that you have "fallen in love" with this awesome international language, then please talk about Ido to as many friends as you can and distribute this document widely.