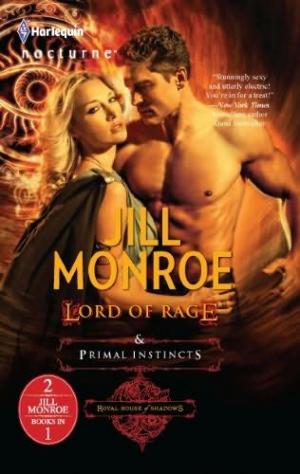 Princess Breena had been dreaming of her warrior lover when she was ripped from her Elden castle and thrown into a strange, dangerous realm. Lost and alone, she prayed for survival and vengeance for her stolen kingdom. She found both in a woodland cottage...in a dark bear of a man.
The golden-haired beauty had eaten his food and slept in his bed when Osborn found her. Though he wanted to awaken his virgin princess to carnal pleasures, Breena wanted more — including his warrior skills. Skills the once-legendary mercenary had long buried. Now Osborn had a choice — risk his life or deny his princess her fairy-tale ending.

Forbidden Nights with a Vampire