At the Stroke of Madness 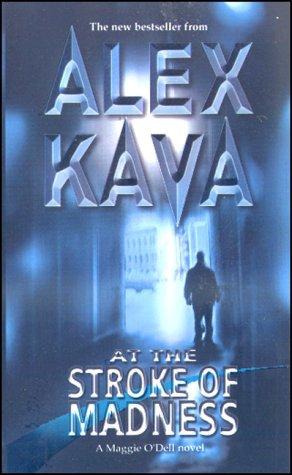 In the tomblike silence of an abandoned rock quarry someone is trying to hide their dirty little secret. A secret that reveals the depths of human depravity. A secret that is about to be discovered.

FBI Special Agent Maggie O’Dell is just starting a hard-earned vacation when she gets a call from her friend, psychologist Dr. Gwen Patterson. One of Gwen’s patients is missing on a trip to Connecticut. Can Maggie look into Joan Begley’s disappearance?

At first Maggie dismisses Gwen’s concern. But when the body of a woman is discovered buried in an abandoned rock quarry in Connecticut, Maggie heads to the small town on “unofficial” business to see if there’s a connection to Joan Begley. Soon the shocking news surfaces that more bodies have been discovered. And before she realizes it, Maggie is drawn into a case that confounds both local law enforcement and a seasoned criminal profiler like herself.

The question remains: Where is Joan Begley? Is she in fact the woman discovered buried in the quarry? Or is she the unwilling guest of a killer obsessed with possessing an unimaginable prize from his victims?

Комментарии к книге "At the Stroke of Madness"