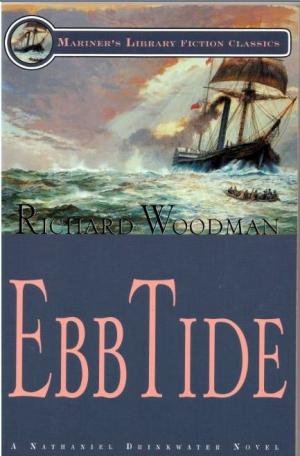 It is 1843 and Captain Nathaniel Sir Drinkwater embarks on the paddle-steamer Vestal for an inspection of lighthouses on the west coast of England. Bowed with age and honors, the old sea officer has been drawn from retirement on half-pay to fulfill his public duty. The following day, tragedy strikes, and Drinkwater is confronted with his past life: his sins and follies, his triumphs and his disasters.
Drawing on a true incident, Richard Woodman deftly concludes the career of his sea hero. Drinkwater's complex character is revealed in its entirety. Far from being the reminiscences of an old man, the novel skillfully weaves the past with the present; the personal tensions below decks, the straining creak of a man-of-war under sail, the crack of a cannon shot and the plaintive mews of the trailing gulls are never far away. To the end, Nathaniel Drinkwater's life is full of incident and the unexpected, so typical of the sea officers of his day.

A Brig of War