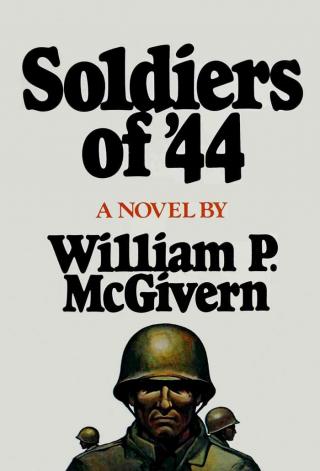 A whole generation has passed since The Young Lions and The Naked and the Dead, since the appearance of a novel worthy of a place in the literary roll call of the Second World War. Now, in Soldiers of ’44, Sergeant Buell (“Bull”) Docker, perhaps the most memorable hero in all World War II fiction, prepares his fifteen-man gun section in Belgium’s snowy Ardennes Forest for the desperate German counteroffensive that became known as the Battle of the Bulge. The twelve days of fighting which follow tell an unforgettable story of personal valor and fear — a story which Docker must later attempt to explain and defend before a post-war tribunal of old-line Army officers who seek to rewrite the record of battle and soldier’s code that Docker and his men fought so hard to maintain. A magnificent novel, by the author the New York Times called “one of today’s ablest storytellers.”