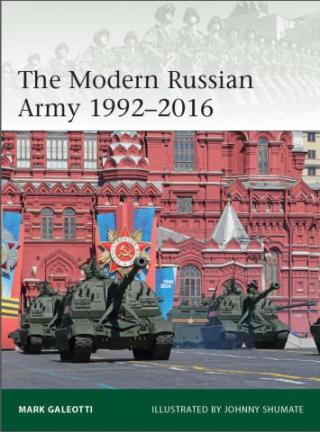 Since the collapse of the Soviet Union, Russia's army has undergone a turbulent transformation, from the scattered left-overs of the old Soviet military, through a period of shocking decay and demoralization, to the disciplined force and sophisticated 'hybrid war' doctrine that enabled Vladimir Putin to seize Crimea virtually overnight in 2014.
Using rare photographs and full colour images of the army in action, profiles of army leaders and defence ministers, as well as orders of battle and details of their equipment and dress, this is a vivid account of the army's troubled history and of its current character, capabilities and status.
Written by an internationally respected author with remarkable access to Russian-language sources and veterans, this study is essential reading for anyone wishing to understand the growing power of Russia's military.

We need to talk about Putin

We Need to Talk About Putin: Why the West Gets Him Wrong

A Short History of Russia: How the World's Largest Country Invented Itself

Armies of the Baltic Independence Wars 1918-20