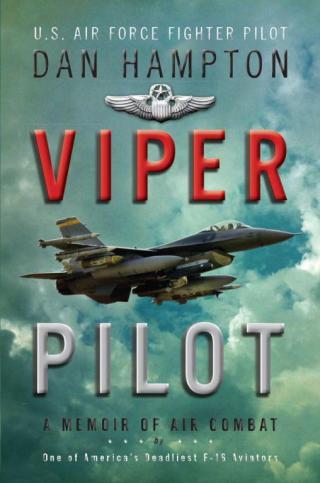 Action-packed and breathtakingly authentic, Viper Pilot is the electrifying memoir of one of the most decorated F-16 pilots in American history: U.S. Air Force Lieutenant Colonel Dan Hampton, who served for twenty years, flying missions in the Iraq War, the Kosovo conflict, and the first Gulf War.
Both a rare look into the elite world of fighter pilots and a thrilling first-person account of contemporary air combat, Viper Pilot soars—a true story of courage, skill, and commitment that will thrill U.S. Special Forces buffs, aviation and military history aficionados, and fans of the novels of Tom Clancy and Dale Brown.

Chasing the Demon: A Secret History of the Quest for the Sound Barrier, and the Band of American Aces Who Conquered It

Imperial Grunts: The American Military on the Ground

The Sky Wept Fire: My Life as a Chechen Freedom Fighter