Prescription for Survival: A Doctor's Journey to End Nuclear Madness 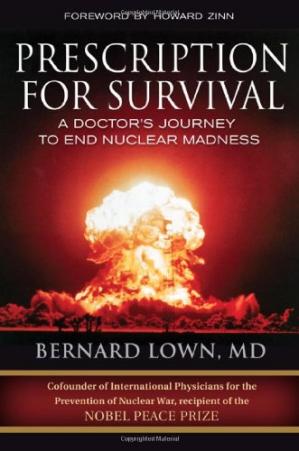 In Prescription for Survival, physician Bernard Lown tells the extraordinary story of how a group of Soviet and American doctors came together to stop nuclear proliferation and ended up winning the Nobel Peace Prize and influencing the course of history. In 1981, Lown and a Soviet colleague, Evgeni Chazov, launched a USA-USSR medical antinuclear movement: International Physicians for the Prevention of Nuclear War (IPPNW). Over the next four years Lown and Chazov recruited more than 150,000 doctors worldwide, met with numerous world leaders, and, after a surprising amount of adventure, intrigue and conflict, in 1985 accepted the Nobel Peace Prize on behalf of IPPNW. More than a memoir, this book sheds new light on what really drove and still drives the nuclear arms race, the critical importance of citizen involvement in social change efforts, and what Lown terms the ongoing epidemic of militarism, which a glance to recent headlines shows is still very much with us.