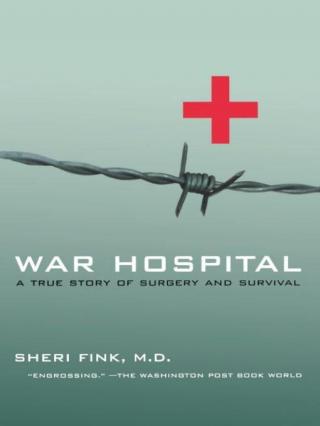 In April 1992, a handful of young physicians, not one of them a surgeon, was trapped along with 50,000 men, women, and children in the embattled enclave of Srebrenica, Bosnia-Herzegovina. There the doctors faced the most intense professional, ethical, and personal predicaments of their lives.
Drawing on extensive interviews, documents, and recorded materials she collected over four and a half years, doctor and journalist Sheri Fink tells the harrowing—and ultimately enlightening—story of these physicians and the three who try to help them: an idealistic internist from Doctors without Borders, who hopes that interposition of international aid workers will help prevent a massacre; an aspiring Bosnian surgeon willing to walk through minefields to reach the civilian wounded; and a Serb doctor on the opposite side of the front line with the army that is intent on destroying his former colleagues.
With limited resources and a makeshift hospital overflowing with patients, how can these doctors decide who to save and who to let die? Will their duty to treat patients come into conflict with their own struggle to survive? And are there times when medical and humanitarian aid ironically prolong war and human suffering rather than helping to relieve it?

Five Days at Memorial: Life and Death in a Storm-Ravaged Hospital