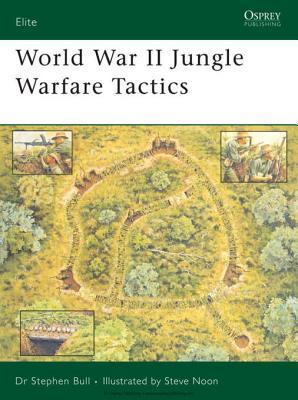 Suffocating heat, tropical rain and hostile jungle terrain were but a few of the treacherous obstacles that confronted the Allies when they fought against the Imperial Japanese Army in the Southeast Asian rainforest.

Aided by the knowledge of the terrain, the Japanese were consistently successful in their advances during the winter of 1941-42. However, once the Allies realized that unconventional means and specific jungle skills would be needed in order to survive and win, they developed effective units able to fight the Japanese in this hostile environment.

Lessons were learned by the few British soldiers trapped in the central Malaysian jungle by the time of the fall of Singapore and Malaya. In Burma, Orde Wingate led the Chindits, an allied force that trained in jungle discipline, field craft, survival skills, and special tactics such as combat tracking, close-quarter fighting, and small team operations. These men were responsible for pioneering the key jungle warfare tactics that are still practised effectively to this day.

Providing an expert analysis of tactical warfare, this book explains the early successes of the Japanese and highlights how the Allies overcame many physical and psychological impairments, to master the art of jungle warfare and finally conquer the strange and claustrophobic jungle environment.

KG 200: The Luftwaffe's Most Secret Unit