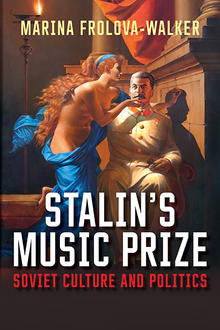 Marina Frolova-Walker’s fascinating history takes a new look at musical life in Stalin’s Soviet Union. The author focuses on the musicians and composers who received Stalin Prizes, awarded annually to artists whose work was thought to represent the best in Soviet culture. This revealing study sheds new light on the Communist leader’s personal tastes, the lives and careers of those honored, including multiple-recipients Prokofiev and Shostakovich, and the elusive artistic concept of “Socialist Realism,” offering the most comprehensive examination to date of the relationship between music and the Soviet state from 1940 through 1954.