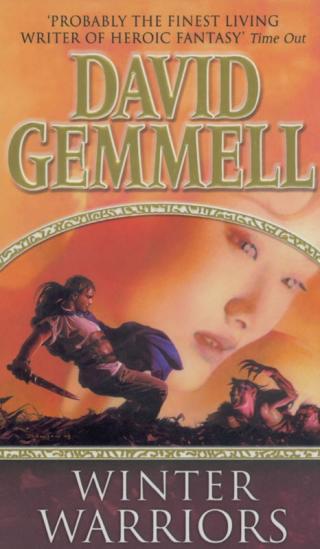 The prophecy was clear. Upon the death of three kings the world will be plunged into chaos, and all the cast-out demons of history will return to bring blood and horror to the world. Two of the kings are dead. The third, about to be born, is hunted by the Demon Riders of the Krayakin, Lords of the Undead. All the terrifying forces of evil range against a pregnant queen at bay in a haunted forest. But she is not alone. Three warriors stand with her, the last remnants of the once proud Drenai army. Three old men, ancient heroes, discarded by the king; Nogusta the Swordsman, Kebra the Bowman, and the hulking fighter, Bison. The fate of empires rests on their fading skills as they journey through a tormented world on a perilous quest to save the unborn king.

The King Beyond the Gate

The Swords of Night and Day