Jews and Ukrainians in Russia's literary borderlands: from the shtetl fair to the Petersburg bookshop 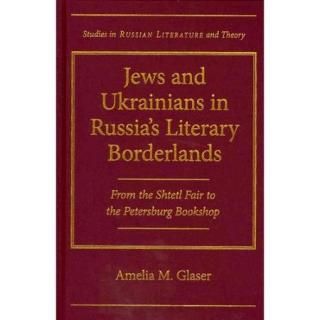 Studies of Eastern European literature have largely confined themselves to a single language, culture, or nationality. In this highly original book, Glaser shows how writers working in Russian, Ukrainian, and Yiddish during much of the nineteenth century and the early part of the twentieth century were in intense conversation with one another. The marketplace was both the literal locale at which members of these different societies and cultures interacted with one another and a rich subject for representation in their art. It is commonplace to note the influence of Gogol on Russian literature, but Glaser shows him to have been a profound influence on Ukrainian and Yiddish literature as well. And she shows how Gogol must be understood not only within the context of his adopted city of St. Petersburg but also that of his native Ukraine. As Ukrainian and Yiddish literatures developed over this period, they were shaped by their geographical and cultural position on the margins of the Russian Empire. As distinctive as these writers may seem from one another, they are further illuminated by an appreciation of their common relationship to Russia. Glaser's book paints a far more complicated portrait than scholars have traditionally allowed of Jewish (particularly Yiddish) literature in the context of Eastern European and Russian culture.

Комментарии к книге "Jews and Ukrainians in Russia's literary borderlands: from the shtetl fair to the Petersburg bookshop"