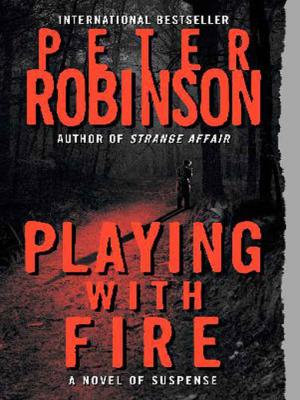 Fire – It consumes futures and pasts in a terrified heartbeat, devouring damning secrets while leaving even greater mysteries in the ashes. The night sky is ablaze as flames engulf two barges moored side by side on an otherwise empty canal. On board are the blackened remains of two human beings. To the seasoned eye, this horror was no accident, the method so cruel and calculated that only the worst sort of fiend could have committed it. There are shocking secrets to be uncovered in the charred wreckage, grim evidence of lethal greed and twisted hunger, and of nightmare occurrences within the private confines of family. A terrible feeling is driving police inspector Alan Banks in his desperate hunt for answers – an unshakable fear that this killer’s work will not be done until Banks’s own world is burned to the ground.

Not Safe After Dark

All the Colors of Darkness

Friend of the Devil

Children of the Revolution

In the Dark Places (Abbatoir Blues)