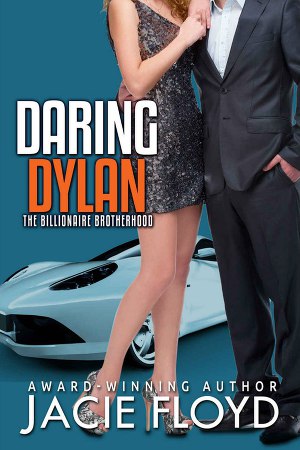 In Book Two of The Billionaire Brotherhood, Dylan Bradford’s arrival in East Langden, Maine, shakes up the quaint seaside town. The daredevil son of a wealthy political family indicates that he plans to renovate a recently inherited property. Dylan’s true purpose is to determine the heritage of a local man claiming to be his half-brother.
Reeling from a break-up with her unfaithful fiancé, pediatrician Gracie O’Donnell returns home to help her grandparents open their B&B for the summer. As luck would have it, she’s the first person in town to encounter the charismatic Bradford family heir. Despite her fascination with the charming playboy, the sensible doctor is wary of his plan to discredit her best friend’s claim. Gracie’s lifelong loyalties and principles are tested by her desire for the billionaire bachelor.
Believing they can ignore their attraction to one another, Dylan and Gracie set their differences aside to determine the truth about Dylan’s family. While exposing deadly secrets and a decades-old scandal, the couple manage to evade danger and dare to fall in love.