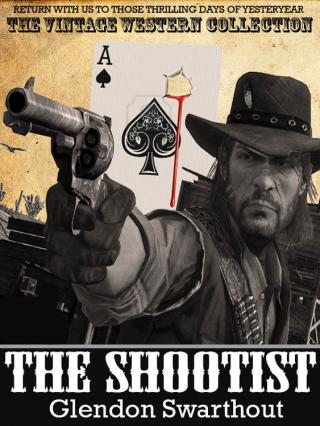 He rides into El Paso in the year 1901, on the day Queen Victoria died, there to be told by a doctor that he must soon confront the greatest shootist of all: Death himself. In such a showdown, against such an antagonist, he cannot win.
Most men may end their days in bed or take their own lives, but a man-killer has a third option, one which Books decides to exercise. He may choose his own executioner.
As word spreads that the famous assassin has reached the end of his rope, an assortment of vultures gathers to feast upon his corpse - among them a gambler, a rustler, an undertaker, an old love, a reporter, even a boy. Books outwits them, however, by selecting the where, when, who, and why of his death and writing in fire from a pair of Remingtons the last courageous act of his own legend. The climatic gunfight itself is an incredible performance by an incredible man, and by his creator, Glendon Swarthout.
THE SHOOTIST will rank with such classics as Shane andThe Ox-Bow Incident, but is is much more than a Western. When, in the final afternoon of his life, J. B. Books crosses a street and enters a saloon to make something of his death, we cross, we enter, with him. He is us.