Somebody Killed His Editor 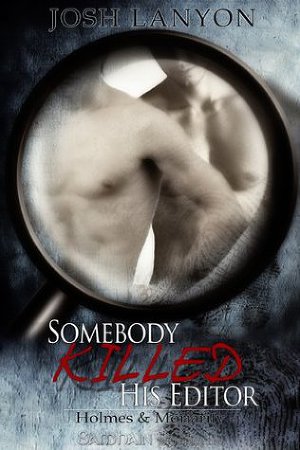 The road back to bestsellerdom can be deadly. Holmes & Moriarity, Book 1 Thanks to an elderly spinster sleuth and her ingenious cat, Christopher Holmes has enjoyed a celebrated career as a bestselling mystery writer. Until now. Sales are down and his new editor is allergic to geriatric gumshoes. On the advice of his agent, he reinvents his fortyish, frumpy, recently dumped self into the sleek, sexy image of a literary lion, and heads for a Northern California writers conference to try and resurrect his career. A career nearly as dead as the body he stumbles over in the woods. In a weirdly dé­jà vu replay of one of his own novels, he finds himself stranded in an isolated lodge full of frightened women--­and not a lawman in sight. Except for J.­X. Moriarity, former cop and bestselling novelist. The man with whom he shared a one-­night stand--­okay, maybe three--­long ago. The man who wants to arrest him for murder.

Out of the Blue

Death of a Pirate King

In Sunshine and in Shadow