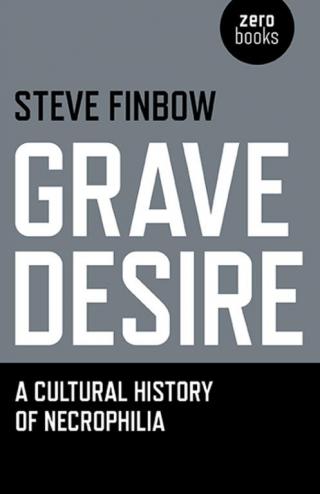 Grave Desire is an analysis of the occasions of necrophilia throughout history, literature and the arts. It is an examination of the breaking of taboos and the metastasizing of fetishes in individuals and cultures using the works of Richard von Krafft-Ebing, Sigmund Freud, Georges Bataille, Jacques Lacan, Michel Foucault, Gilles Deleuze, Slavoj Žižek and others to explore the biographies of known necrophiles such as Carl von Cosel, Karen Greenlee and Ed Gein, and to analyze the cultures of Ancient Egypt, Greece, Troy, Victorian England and the first to eighth century CE civilization of the Moche people in northern Peru who used necrophilia as a means of religious time travel.
Throughout the book, examples from the works of Herodotus, the Metaphysical poets, the Marquis de Sade, Cormac McCarthy, Poppie Z. Brite, Jorg Buttgereit and more are used for illustration.