The Wilder Shores of Marx: Journeys in a Vanishing World 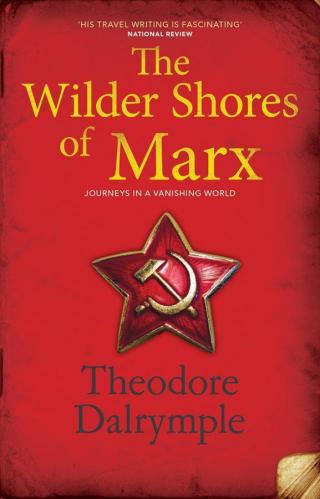 It is a question which has always fascinated Theodore Dalrymple - whose father was a strict if slightly inconsistent Communist.
The Wilder Shores of Marx sees the acclaimed writer visit five countries which still labour under systems inspired by the writings of Marx, Engels, Lenin and other luminaries of the left.

He visits North Korea as part of a delegation of British students, and listens in horror to his fellow travellers (in the literal sense only) talk enthusiastically about torturing and murdering political prisoners, while the cowed population, enslaved by their mad leaders, endure a living death.

In grey, miserable Albania, the cult of the late and insincerely lamented Enver Hoxha still burns bright - unlike the lightbulbs.

In Romania - which he visits just before the overthrow and brutal execution of the despotic Nicolae Ceaucescu - terrified citizens, starving and desperate, whisper of their longing for freedom while waiting for the murderous Securitate to knock on the door at any moment.

Vietnam and Cuba are warmer and brighter - but the same sinister undercurrent is present.

As always, Dalrymple's eye is as sharp as his pen - not for nothing has he been called 'the George Orwell of our times' - and his observations of these rarely-visited countries are fascinating, witty and, ultimately, frightening.

Although the book was originally published in 1991 (as by Anthony Daniels), it carries a chilling message which is as apposite today as ever it was in the depths of the Cold War.

Комментарии к книге "The Wilder Shores of Marx: Journeys in a Vanishing World"