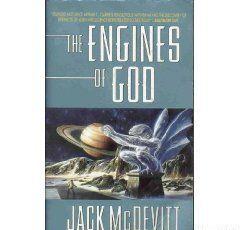 By the end of the twenty-second century, Earth's ravaged environment has become a time bomb ticking down to global self-destruction. Despite the fortuitous arrival of faster-than-light space travel, the search for a new home has so far located only one candidate-Quraqua, a desolate planet scheduled for terraformation within a few months. For interstellar archaeologist Richard Wald and starship pilot Priscilla Hutchins, the looming renovation threatens critical research on the enigmatic alien ruins on Quraqua and its moon, which include a bizarre false city dubbed Oz. Rousing little interest on Earth and facing an unyielding terraformation committee, Wald and his team undertake a last round of life-threatening expeditions to decipher Oz's secrets before they are swallowed forever by an emerging new world. With plenty of startling plot twists, a heavy dose of intrigue, and an unusual amount of character development for science fiction, McDevitt holds us fast right through to a thrilling finish. The yarn's less pure sf, though, than a rousing archaeological adventure transplanted to another star system.