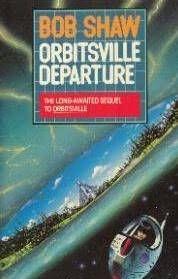 Alien beings, Ultrans, built an enormous sphere, millions of times the size of Earth, which contains its own sun as a trap for sentient beings of the universe. The artificial world attracts the world’s population to such an extent that soon Earth is a half-deserted historical curiosity. Scientist Garry Dallen learns of the Ultrans’ plans second before Orbitsville and its population are whisked millions of light years into outer space.

The Hand You're Dealt