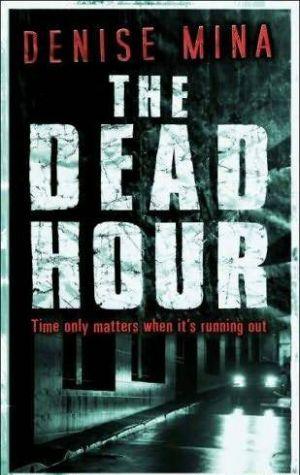 The second novel in the wonderful Paddy Meehan series by Scotland 's princess of crime.

Paddy Meehan, Glasgow's aspiring journalist is back on the beat, trawling the streets of Glasgow for a story – something to prove she can write; that she's better at her job than all her male colleagues; anything that will get her off the terrible night shift that is slowly turning her brains to mush. And then she meets the woman with the poodle perm at the door of a wealthy suburb in the north of the city. It's just a domestic dispute, Paddy's told, although her instincts are alerted when she's slipped a £50 note to keep the story out of the papers. By the next morning the woman is dead; she's been tortured, beaten, and left to die. Paddy has found her story, but she's still got the £50; and with her father and brothers unemployed, and her upright Roman Catholic family perilously short of money, this could solve a lot of problems.

A day later, Paddy sees a body being pulled from the river. Another death, she's told; it's nothing to do with you; go home. But when Paddy talks to the wife of the dead man, she finds that the relationship between him and the murdered woman was closer than the police had imagined. Why have these people died? What were they trying to hide? And could this be the break Paddy's been waiting for? What follows is a deeply personal journey into the dark heart of a brutal economic recession, and the brutal bud of the drugs trade in the 1980s.