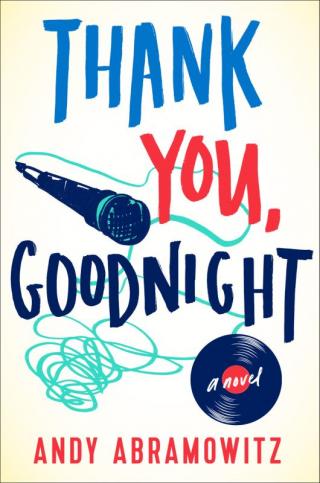 In Thank You, Goodnight, hailed by *Billboard as “*High Fidelity and About a Boy with a dose of Music & Lyrics thrown in,” the lead singer of a one-hit wonder 90s band tries for one more swing at the fence.
Teddy Tremble is nearing forty and has settled into a comfortable groove, working at a stuffy law firm and living in a downtown apartment with a woman he thinks he might love. Sure, his days aren’t as exciting as the time he spent as the lead singer of Tremble, the rock band known for its mega-hit “It Feels Like a Lie,” but that life has long since passed its sell-by date.

But when Teddy gets a cryptic call from an old friend, he’s catapulted into contemplating the unthinkable: reuniting Tremble for one last shot at rewriting history. Never mind that the band members haven’t spoken in ten years, that they left the music scene in a blazing cloud of indifference, and that the only fans who seem...